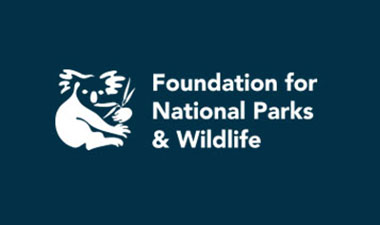 This not-for-profit organisation admitted that they were bowled over and shocked by the dramatic increase in enquiries and media buzz that occurred.

The Foundation for National Parks & Wildlife (FNPW) is a non-government organisation that has been working to protect Australia’s ecosystems for decades.

In the initial stages of the campaign strategy, WordStorm PR identified the most ‘media-friendly’ projects that FNPW were working on. One of those was an angle around the extinction risk for turtles in the Murray River. The story was fact-focused but also highly emotive because of the emphasis on visuals and people’s affinity with turtles. This was pitched to all key media along the Murray River as well as national media. This resulted in coverage in a wide spread of media including but not limited to News.com.au (multiple times), The Herald Sun, The Sunday Mail, The Daily Telegraph, Perth Now, Northern Territory News, Triple M, Adelaide Now, ABC Radio Adelaide, Gold Coast Bulletin, ABC Radio Melbourne, Better Homes & Gardens, Homes to Love, The Sunday Tasmanian, ABC News Online, The Conversation, 2UE, The Courier Mail and a range of local media.

The strategy was then to move to a focus on the launch of Backyard Buddies, an informative website for children and families. A very positive story ran on Studio 10, where FNPW’s CEO was interviewed on-air, while WordStorm’s team managed the live, wild animals on-set!

“The Foundation for National Parks and Wildlife engaged WordStorm to raise awareness of the Foundation and the work that we do. The challenge was to raise the awareness of FNPW across several sectors: consumers, corporates, government and potential partner NFP organisations.

We were very impressed from start with WordStorm. They spent time understanding our organisation, its history, strengths and strategy. This information was used to by WordStorm to help us understand core messages, appropriate case studies and campaign plans that would hit the mark when released to the media.

We were bowled over with the results and if anything were a little shocked at the very dramatic increase in enquires and media discussions that ensued. The exposure we achieved in our first month, was astounding. However, WordStorm were prepared for this and were close at hand with their account management support to guide us through interviews, radio, TV and press statements etc.