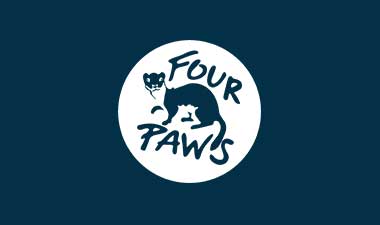 Four Paws Country Director, Jeroen Van Kernebeek was all over the news in the lead up to Christmas, sharing expertise on selecting an ethical breeder

FOUR PAWS International is one of the largest not-for-profit international animal protection charities in the world based in over 10 countries.  Shortly after opening a local Australian office, they engaged WordStorm PR to create noise about the animal welfare activities they are involved in.

One of the key media activities WordStorm PR undertook was successfully inviting top tier journalists to attend press trips to exclusively cover animal rescues and projects FOUR PAWS Australia is doing, including the LIONSROCK sanctuary, a sanctuary for big cats rescued from all over the world.

This resulted in syndication across over 40 NewsCorp news sites, including News.com.au, The Daily Telegraph and Herald Sun, to name a few. The video about the bear bile rescue in Vietnam was posted on News.com.au’s Facebook page, which resulted in increased social media engagement on the post and on FOUR PAWS Australia’s Facebook page.

Another very successful angle was in the lead up to Christmas and focused on how to know you’re buying your puppy from an ethical breeder.

In 2019, WordStorm PR are focusing on Four Paws ‘Wear it Kind’ campaign to raise awareness of ethical fashion.

“It’s been a tremendous experience working with WordStorm PR, especially as a not for profit as we needed to find a way to take our campaign advocacy to new audiences through media. “ says Elise Burgess, Head of Communications for FOUR PAWS Australia.

“They have certainly done that for us and WordStorm PR continue to help us as we roll out new campaigns. “