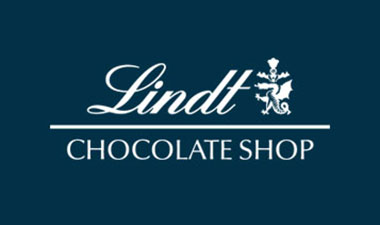 WordStorm PR works with Lindt to publicise new store openings across Australia and to generate maximum hype on opening weekends.

Since its start in 1845, Lindt has been recognised as a leader in the market for premium quality chocolate, offering a large selection of products in more than 120 countries around the world. The Lindt Chocolate Shops showcase and sell Lindt favourites, as well as new and exclusive Lindt products.

WordStorm PR has worked with Lindt on three separate projects, publicising the launch of Lindt Chocolate Shops in Adelaide, Canberra and Perth.

For the Adelaide project, coverage included editorial in News.com.au, The Advertiser, The Australian, Inside Retail, Australian Food News, Weekly Times Messenger, Guardian Messenger and Clique Mag. In Canberra, a number of influencers and an overwhelming amount of consumers attended the shop opening following online, radio and TV coverage. Coverage was spread across News.com.au, Hit 107, Canberra WIN News, Hit 104.7 and The Canberra Times. The Fairfax piece in The Canberra Times was syndicated nationally, leading to coverage of the launch across Australia.

“Over the course of the first campaign, journalists and producers raved about the store opening and this was reflected in the positive coverage published across all media outlets. Some top tier journalists attended the store opening to provide media coverage and some even filmed vox pops with customers. With national and metro coverage in print and online, this resulted in an overwhelming response of customers visiting the store during the opening weekend and beyond. Bloggers also had a fantastic response to the store opening as they posted social media posts and reviews in the lead up to and during the opening weekend. We have now worked with Lindt on several campaigns over three years, publicising their store openings across Australia and the results have been outstanding.”