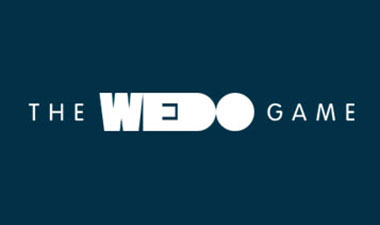 National media coverage including a segment on The Project increased web traffic and led to a spike in sales in the lead-up to Christmas.

Sydney couple Alexandra Drury and Dave Oswell and their six year old daughter Freya, created The WeDo game as a way to help families rediscover the elements of ‘together time’. It is aimed at families with children aged between five and thirteen. There is an educational element woven throughout, but the game primarily aims to encourage playfulness, creativity, and the fostering of meaningful conversations between parents and their kids.

The WeDo Game was launched in the lead-up to Christmas, with the majority of the PR efforts centred on securing coverage in Christmas Gift Guides in magazines, newspapers, online and on TV. In a very short period of time, we secured 84 media placements with an average quality score of 9.5/10 based on criteria related to size, imagery, backlinks and key messages.

After being featured in The Daily Telegraph and Herald Sun on consecutive weekends, the team noted a record increase in website traffic. Coverage also led to increased conversions after Gift Guide coverage in Take 5, Yours, News.com.au, The Daily Telegraph, Herald Sun, The Courier Mail, The Sunday Mail, The Sunday Times, Leader Newspapers and Practical Parenting. We also organised a giveaway on Channel 10’s morning program, Studio 10, as an opportunity to get the product into the hands of parents.

“We were so happy with the coverage on “Sunrise” Monica. The story was such an intelligent way to build credibility for our brand without needing the “hard sell”. Our partnership with Wordstorm PR has helped us stay visible , topical and build revenue since our launch last in Australia last September. For more insights in to the incredible work done by Monica and her team you can visit the blog our website at: www.thewedogame.com”