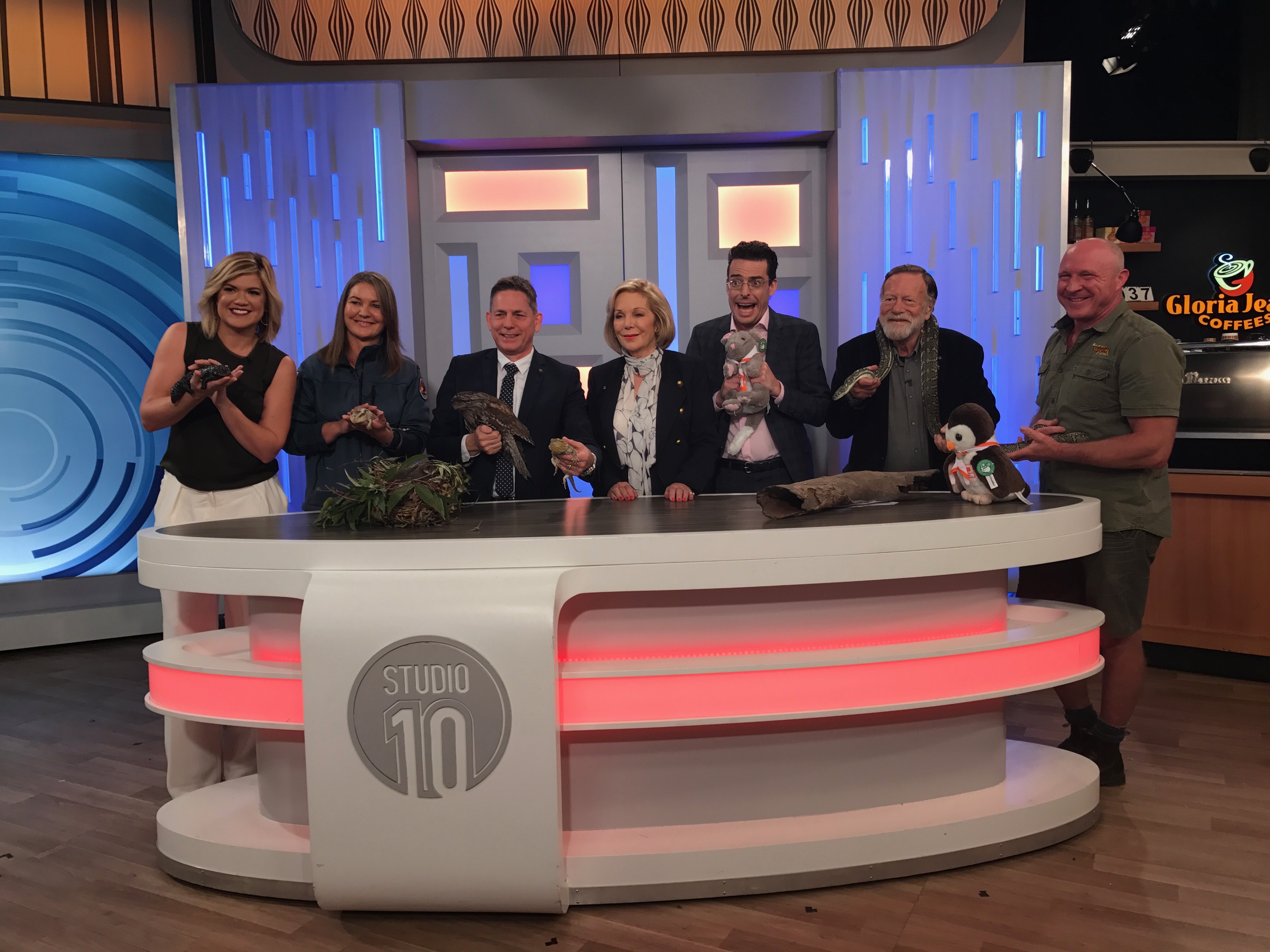 I recently wrote a blog entitled “Get Your Brand on TV” with my industry insights into how to get TV coverage for your business.

I thought it was timely then to illustrate how we put these tips into practice. Last week four of our clients appeared on television where they were able to promote their brand’s purpose to a mass audience.

Firstly, The Foundation for National Parks and Wildlife appeared on Studio 10 to talk about its new initiative, Backyard Buddies.

Backyard Buddies is a free community environment initiative that raises awareness and provides information on native plants and animals that are likely to be seen in urban environments. We pitched the launch to Studio 10, highlighting the visual aspect of the segment. We organised for possums, birds and reptiles to be transported to the Channel 10 offices – it made for an extremely fun, if not somewhat chaotic segment!

Secondly, our client Megan Adams appeared on ABC Television in Darwin to talk about her latest portrait which she is entering into the Archibald competition this year. The painting is a portrait of Adam Goodes, called Colour Doesn’t Matter. Megan spoke to ABC about how passionate she is about putting a stop to racism and the fantastic work Goodes is doing with the GO Foundation. 100% of Megan’s profits from selling the piece will be going to the Foundation. This news piece was syndicated nationally across Australia. It also appeared online at ABC News Online and was shared on the ABC Facebook page where it generated 3.5 thousand likes and hundreds of shares.

Next was Dental Boutique‘s spot on Today Extra. Reuben from Melbourne-based dentist Dental Boutique appeared on Today Extra last Thursday. We had pitched a story about the prevalence of dental anxiety. The key to this pitch was our case study, Terese, who suffered from dental anxiety and had avoided the dentist for a period of 10 years as a result. The state of her teeth significantly affected her confidence. She visited Dental Boutique for a cosmetic dentist procedure and was put to sleep throughout, meaning she had no pain and importantly, no anxiety. The before and after photos of Terese were extremely striking and we used these in the initial pitch to grab the producer’s attention.

Finally, our client Daniel Lewkovitz, CEO of Calamity Monitoring appeared on Sunrise to get viewers thinking about how safe their homes are. He spoke about his ‘top five security tips’ to help Sunrise viewers sleep sounder at night. Home safety is always going to be a topic of interest for TV and the key here is having a credible spokesperson who can share his knowledge with the audience.

If you want to discuss getting your business in the headlines contact Monica Rosenfeld monica@wordstormpr.com.au or 02 8272 3200

Monica Rosenfeld is the Founder of www.wordstormpr.com.au which she started in 2000 after working as a producer for A Current Affair and learning how NOT to do PR. Monica is a key note speaker and workshop presenter. Her team offers a range of services in the area of media and communications including customised Media Training workshops.