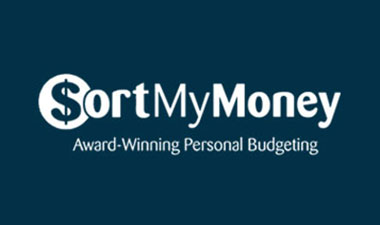 The founder is has become the ‘go-to’ person for expert commentary on budgeting stories for News.com.au and Today Extra

Sort My Money is an award-winning personal budgeting service helping people transform their finances and their lives. Bank Manager and Small Business Specialist, David Rankin founded the company after seeing a niche in the market for a financial coaching service that really understood how to manage day-to-day finances in the long term. The company’s team of financial coaches draw up and manage an optimised personal budget for clients on a daily basis.

WordStorm PR organised one-on-one phone consultations with top tier journalists to experience his personal budgeting services. This resulted in nationally syndicated coverage and several journalists still use David as their ‘go-to’ budgeting expert because they were able to build a personal rapport with him.

After being featured on the front page cover on MoneysaverHQ in The Daily Telegraph, Herald Sun, The Courier Mail, and other NewsCorp titles, David printed the clipping to feature at his stand at an expo, which attracted many more people to talk to him about his services than at previous expos when he had no media collateral.

A business article on Anthill resulted in an increased number of customers and website traffic. In fact, David said that WordStorm PR put Sort My Money well and truly on the map and that we were a key ingredient in the business’s ongoing success. The targeted campaign led to 280 clippings in key media with an astounding quality score of 9.9/10.

“Once I had decided that PR would be the best way to tell Australia about Sort My Money’s multi-award-winning personal budgeting services, I set about researching PR firms throughout the country and drew up my shortlist. I then called all three on my list to see what they had to say. When I spoke to Monica Rosenfeld from WordStorm PR she quite simply blew the other two out of the water. From that first call, I could tell that Monica was approachable, relaxed but efficient, and very competent – attributes which have defined our working relationship with WordStorm PR ever since. The media attention which Sort My Money is now receiving is both widespread and demographically targeted. It also embraces all forms of media – from national TV and print through to digital and niche. Thank you, Monica and your team at WordStorm PR, for putting Sort My Money well and truly on the map – you are a key ingredient in our ongoing success.”