10 Key Learnings from The Sunrise 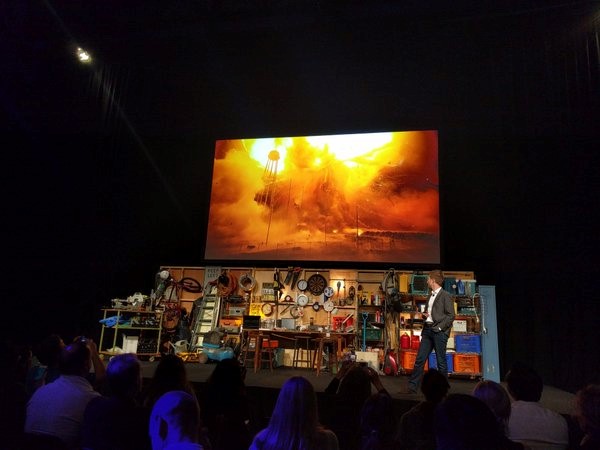 WordStorm PR Account Manager Elena Eckhardt recently attended The Sunrise – a conference presented by founders for founders. Hosted by Blackbird Ventures as part of Vivid Ideas, the conference brought together some of Australia’s brightest entrepreneurs in the tech space. Each speaker shared insights into what they wished they had learned earlier and what were the key moments that lead to where they are now. For Stylerunner founder Julie Stevanja, PR was an invaluable tool to grow her business and turn it into a household name. As a PR agency that is committed to helping entrepreneurs grow, WordStorm is happy to pass on some words of wisdom from The Sunrise: Melanie Perkins, founder of Canva, is such a believer in having strong handshake game she went so far as to read out a Wiki-How guide on How to Handshake. While most people feel as though they already have the handshake mastered, practicing with your colleagues never hurt anyone. Review each other and offer as much feedback as possible. You might be under/overestimating your strength or cupping too much. A perfect handshake just might be the difference between making or breaking a deal.

The entrepreneurial journey is never going to be a simple one. Melanie Perkins updated her pitch deck over 100 times and faced every rejection under the sun from being too ambitious to not ambitious enough before getting Canva to where it is today. Canva is often referred to as an “Overnight Success” in headlines but in reality it is the result of 9 years of hard work. Passion and persistence separates the businesses that make it through the most challenging times. Building a successful business is so hard it’s more effective at preventing people from stealing your ideas than a non-disclosure agreement ever will be. It’s better to talk to as many people as you can about your idea and learn from their experience. A key refrain from Craig Barratt and Mike Cannon-Brookes was to always be prepared to pivot. When Craig Barratt joined tech-company Atheros its initial product focus was on a new type of cellular technology. Discovering there wasn’t a consumer market for this at the time, they pivoted, which lead to Wi-Fi, where there was a greater demand. As more competitors emerged in this space they had to pivot again to find a point of difference. Don’t wait for the market to shift to you. Even if pivoting seems like a step backwards, it’s important to move towards your market.

Every speaker stressed the importance of finding the right team and enhancing the team culture. Mike Cannon-Brooks emphasised how important it is for potential candidates to complete tasks indicative of what the job requires in interviews. The corporate world has a way of “adding varnish” to potential candidates, which doesn’t always translate to real-world skills or experience. Start-ups should try to sand the varnish off to see through to how staff will act day in, day out.

A major fail for Chris Boshuizen was when one of Planet Labs’ rockets exploded into a giant fireball. Chris managed to see the silver lining to this and actually believed it validated their business model. Experiencing a catastrophic failure but having the systems in place to recover and move forward meant that Planet Labs had the confidence that they could handle any other potential problems. Chris Boshuizen (Planet Labs co-founder) with the fireball that validated their business model.

Question everything and test everything is how Atlassian continues to innovate and improve. Once, they weren’t sure if their Google ad words were working so they turned them off for a week. They received a lot less enquiries and could prove that they were indeed working and turned them back on immediately.

Start-ups tend to focus on their aspirations – where they want to be and what they want to achieve in the future. However, Mike Cannon-Brooks emphasised that rather than looking ahead, it can be equally important to focus on where you are, especially in terms of workplace culture. As businesses grow, the team dynamic can rapidly dilute and change. Keep in mind the culture you have at the start and what aspects of it you don’t want to lose before growing.

When Julie Stevanja started her business Stylerunner she knew she would need more than a strong social media presence to bring customers to her online store. She enlisted a PR professional to help bring Stylerunner into the spotlight and found that the value of media exposure was essential to grow her business and turn it into a household name. It helped it become the go-to destination for active wear. Andre Eikmeier experienced his fair share of failures when starting Vinomofo. From copyright challenges – which lead to the name Vinomofo instead of their original idea of Vino Mojo, to many unsuccessful investment pitches. Andre believes that failures and successes are equally as important learning curves for start-ups to experience. In the early stages of developing a business, greater focus is often placed on coming up with an idea you’re passionate about rather than an idea that has a strong revenue model. Andre Eikmeier didn’t think much about revenue when creating Vinomofo, believing revenue would just be a by-product of success and come on its own. Many start-ups fail because not enough thought is given to the revenue model, with some people over estimating how much they can hope to receive from investors or underestimating how much cash flow will be needed for unexpected costs. Keeping revenue top of mind from the beginning will help businesses overcome future challenges and is crucial for business longevity.