4 Things to Consider Before Planning a PR Stunt 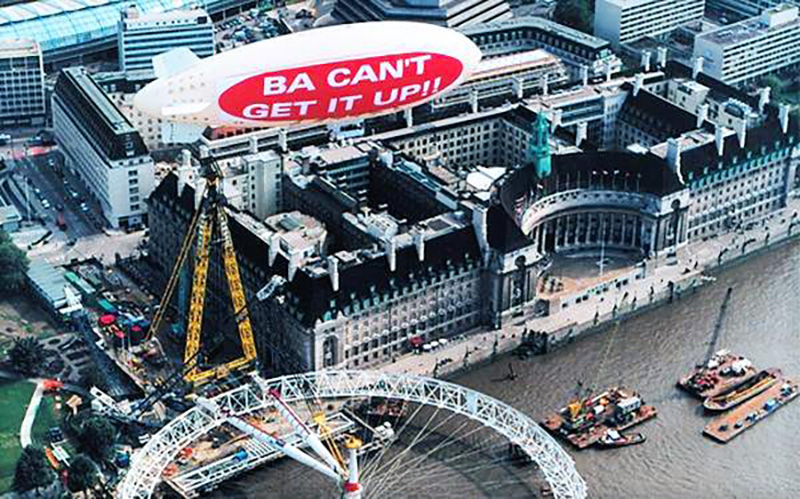 The publicity stunt is one of the hardest PR arts to master. While always a gamble, a well-executed stunt can propel a brand into dizzying heights, often for a very modest cost. In 1929, the taboo of women smoking was upended forever when Edward Bernays paid women’s rights activists to light up their ‘torches of freedom’ while marching in New York City. We’re still talking about Marilyn Monroe’s encounter with that subway grate 60 years later, and who could forget the controversial name change that got people talking about Prince again?

Public relations practitioners are often divided over whether publicity stunts are worth the risk. Pulling a bold, attention-grabbing move is inherently dangerous, so it’s crucial to ensure it’s the right step for your business. Here are some tips to make sure your stunt doesn’t end up on the PR blooper reel.

Behind every good stunt is a strong narrative anchor. If your stunt is shocking for the sake of it and says nothing distinct about your business, go back to the drawing board. You might earn media coverage, but a disconnect from your brand message will only hinder your long-term campaign goals. When Red Bull sponsored Austrian skydiver Felix Baumgartner to break the sound barrier in freefall, it said something cogent about Red Bull’s philosophy, landing right on target with their core message: ‘it gives you wings’.

Most effective publicity stunts have a strong visual component. We live in a visual world, and picture and video content is predisposed to going viral. Your message needs to be clearly discernible even in JPEG form. In 2000, when British Airways faltered in erecting the London Eye, their biggest competitor Virgin sent a bright red blimp overhead emblazoned with the message ‘BA CAN’T GET IT UP!!’ A picture really can say a thousand words.

Generally with PR stunts, the greater the risk, the greater the return. The more funny, creative or shocking a stunt is, the more likely it will catch on with audiences. But can you afford for your stunt to backfire? And we’re not just talking negative press here. In 2006, LifeLock CEO Todd Davis challenged fraudsters by splashing his social security number over New York City billboards. When his identity was subsequently stolen 13 times, LifeLock were fined $100 million for deceptive advertising by the Federal Trade Commission. Weigh up every worst case scenario and the costs of a stunt gone wrong: clean-up can be expensive.

Low effort stunts with high rewards are often those that ride the current conversation wave. Keep a keen eye out for the latest viral trends and influential news stories. Remember #Dressgate? The Salvation Army were quick to jump on the viral phenomenon with a domestic violence campaign, with Images of a bruised woman in a gold and white version of the dress, asking ‘why is it so hard to see black and blue’? Timing is everything here. Piggybacking on a trend once it has died down can look out-of-touch and desperate.

If you’re smart, a PR stunt could be the best thing you ever did for your business. Weigh up the risks, keep a finger on the pulse, and plan to the nth degree. Just try not to be the next Balloon Boy.