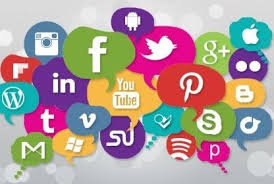 With less than two months remaining in the year, and just in case you have been living under a rock, went without Facebook for two days or just don’t have any social media, from the ALS Ice Bucket Challenge to Nicki Minaj’s ‘Anaconda’ video, this retrospective of the 5 (in no particular order) most interesting trending events of the past six months, will help you feel educated on the recent social media happenings.

On August 19th, Nicki Minaj released her much anticipated music video for her song “Anaconda”. The song features samples from Sir Mix-a-lot’s “Baby Got Back”. The music video consists of Nicki ‘twerking’ in a jungle with other exotic dancers, a racy and controversial music video; because of its much gathered media attention. Within a week of it being uploaded, it got 100 million views, and just under 20 million in 24 hours. This video was massive and the saying “my anaconda don’t” is now a commonly shared reference with Gen Y and Z.

So why has it gone viral? The answer is simple – the highly sexualised cover photo for this song. It contained her ‘twerking’ in a thong, which created much buzz online and is now a highly anticipated music video. It was both a great marketing and PR move, showing that the oldest trick in the book  – that sex sells, still works.

So why did the video go viral? It is a combination of Taylor’s status, image and anticipation from the fans. With continual success album after album, it is no wonder that she is becoming a household now. There have also been a fair share of events that have led to her success including controversional moments with Kanye West’s VMA rant and the number of ex-boyfriends she’s had. Her team behind her, allowed for the hype to be pumped up for her much anticipated album. Fans and critics were anticipating it, and her engagement on social media, radio and television was heavily promoted which was all of this was a perfect culmination, to allow her music video to become successful.

As Francesca discussed in a previous blog post, during the July-August period (http://wordstormpr.com.au/blog/viral-phenomenon-als-ice-bucket-challenge/), the ALS ice bucket challenge was one of the most intriguing and successful online viral campaigns of the year and decade. The challenge consisted of celebrities and regular people tossing a bucket of water filled with ice on their heads for charity. It spread through social media platforms like crazy, eventually raising over $100 million dollars!

As Francesca stated, the ALS challenge went viral due to its level of engagement, connection to the audience, having a goal (donations) and a large amount of support from celebrities and influential people. These things were essential in raising so much money for charity.

On the 31st of August 2014, several celebrities including Jennifer Lawrence, Rihanna and Kim Kardashian were involved in nude scandal. A hacker on the blog forum website known as “4chan”, hacked into celebrities iCloud accounts and uploaded their nude selfies and photos to the internet. This was a very controversial event, where other celebrities rallied together saying the violation of privacy and looking at the photos is committing a sexual violation.

The spread and viral factors for this event is obvious – female celebrities posing nude in photos which have been shared so publicly would result in controversy. Looking at things from a PR side of things, an event such as this for anyone is hard, but how some dealt with it was superbly done. For Jennifer Lawrence and her crisis management team, they applied the same tactic as Tiger Woods executed during his 2009 infidelity controversies. Going into hiding and waiting for the whole event to pass over, eventually waiting a few weeks and later opening up about the incident in her own words – as seen in Vanity Fair. A bold move to both talk about it and shy away from the public eye, but it seemed to be quite favourable for Jennifer Lawrence.

The weirdest and most intriguing viral event happening at the moment is this one – the vines of wrestler Randy Orton performing his wrestling move ‘RKO’ on already existing videos of people failing or falling. The videos are edited with Randy Orton placed in them with the wrestling commentators yelling. The official ‘RKO Vines’ page already has 250,000 likes. I can’t see it lasting as a trend for long, but none the less, it is still entertaining.

Why this went viral is still a question no one knows the answers to. The internet loves obscurity and weird things that go viral; this was a perfect example of it. Even if you’re not a wrestling fan, people still enjoy these vines. The level of ridiculousness, strangeness and funny moments were vital in making this go viral.

Hopefully you feel much more in the loop now, and can finally talk to your friends without knowing what’s going on! 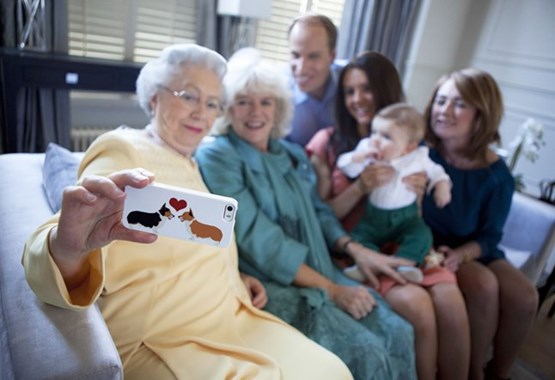