Everyone knows the importance of an effective PR campaign. It can essentially make or break a company. With half the year already flown past, we’ve put together a list of our top 3 PR campaigns that have nailed it so far. 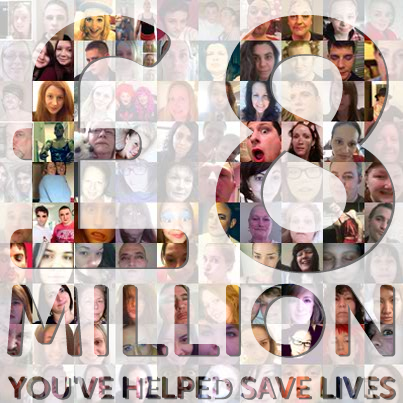 1. #NoMakeupSelfie With social media continuing to take over the world by a storm, there is no doubt that a viral social media campaign enables PR campaigns to gain serious awareness, reach and results. The generation of ‘selfies’ is the latest trend upon us! Earlier this year, the hashtag #NoMakeUpSelfie changed the way fundraising is done. It resulted in raising millions of dollars for UK Cancer Research Foundation. Although there were a few criticisms to the relevance of the campaign’s relevance to cancer, coverage was spread across digital and traditional platforms in the UK and globally. With celebrity participation, the initiative resulted in the charity receiving more than £8 million in a couple of weeks and an increase of Facebook and Twitter followers for the Foundation. Is this just the beginning of future global fundraising? It was definitely a successful tactic to engage younger audiences.

When it comes to a first kiss, it can already be awkward if it doesn’t turn out to be what you expect… but what happens when it’s shared with a complete stranger? Viral campaigning was at its best with LA Wren clothing’s ‘First Kiss’ video which generated over 75 million view on Youtube. 2 strangers meet for the first time and asked to share a first kiss together, all captured on camera. The video puts viewers through a variety of emotions in just 3 ½ minutes – whether it is humour, awkwardness or just plain happiness, you can’t help but enjoy the video.

Traditional brands are beginning to explore the digital space more and more to adapt to continual technological changes. Iconic beer brewer Marston’s Pedigree normally appeals to the older generation. However, the company was inspired by 2 brothers who had gained social media fame in 2013 by recreating their baby photos. Marston then created an app which tugs at your heart strings through nostalgia. It enabled users to recreate old photos to see their changes over the years. Consequently, the branded Life-O-Graphs were shared on Facebook and generated great coverage, demonstrating how powerful simple memes can be for brands.

So, now that you’ve seen a few of the best PR campaigns, we hope it’s given you the inspiration you’ve been waiting for. Happy campaigning!